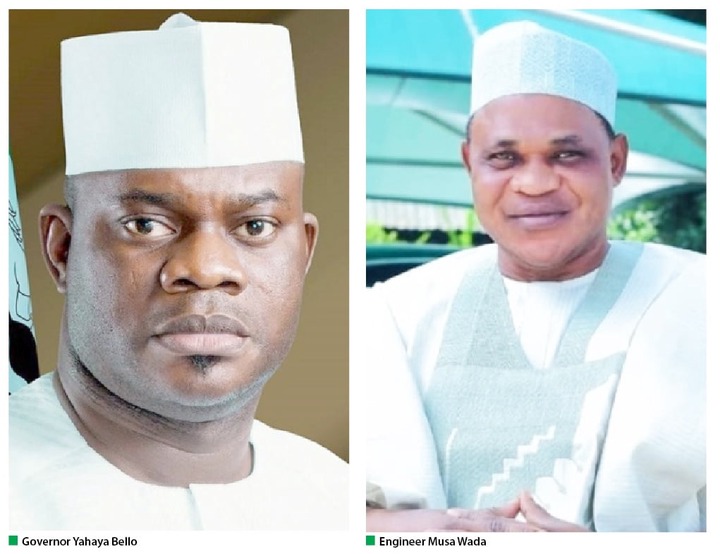 The Supreme Court has picked Monday, 31st August 2020 as the date to deliver its ruling in the case filed by Musa Wada against the victory of Governor Yahaya Bello in Kogi State.

Naija News recalls Wada was the candidate of the Peoples Democratic Party (PDP) while Bello contested on the platform of the All Progressives Congress (APC) in the 2019 governorship polls.

Bello of the APC was declared the winner of the November 16 election by the Independent National Electoral Commission (INEC).

According to the results, Gov. Yahaya Bello of the All Progressives Congress (APC) polled 406,222 votes to defeat other contestants including Engr. Musa Wada of the Peoples Democratic Party (PDP) who got 189,704 votes.

However not satisfied with the declaration, Wada and the PDP headed to the election petition tribunal to challenge Bello and APC’s victory at the polls but have so far been unsuccessful in turning the tides in their favour at both the tribunal and appeal court stages of the petition.

The matter is currently before the Supreme Cout and the apex court has now picked 31st August 2020 to deliver its judgment.

…Accept your serial defeat, get over your obsession with Edo govt treasury, PDP slams Oshiomhole, hireling

…Words of John Mayaki not credible, he is a self confessed liar Chris Osa Nehikhare SPS PDP EDO STATE The Edo

First 100 days of deepening democracy under my watch as Speaker, EDHA

We use cookies to ensure that we give you the best experience on our website. If you continue to use this site we will assume that you are happy with it.Ok